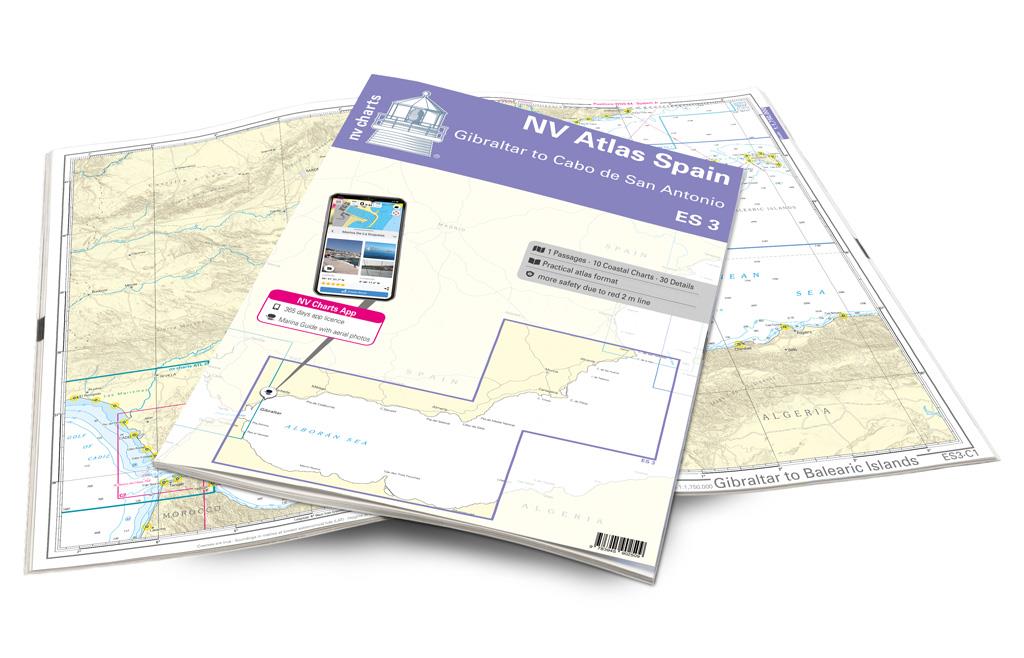 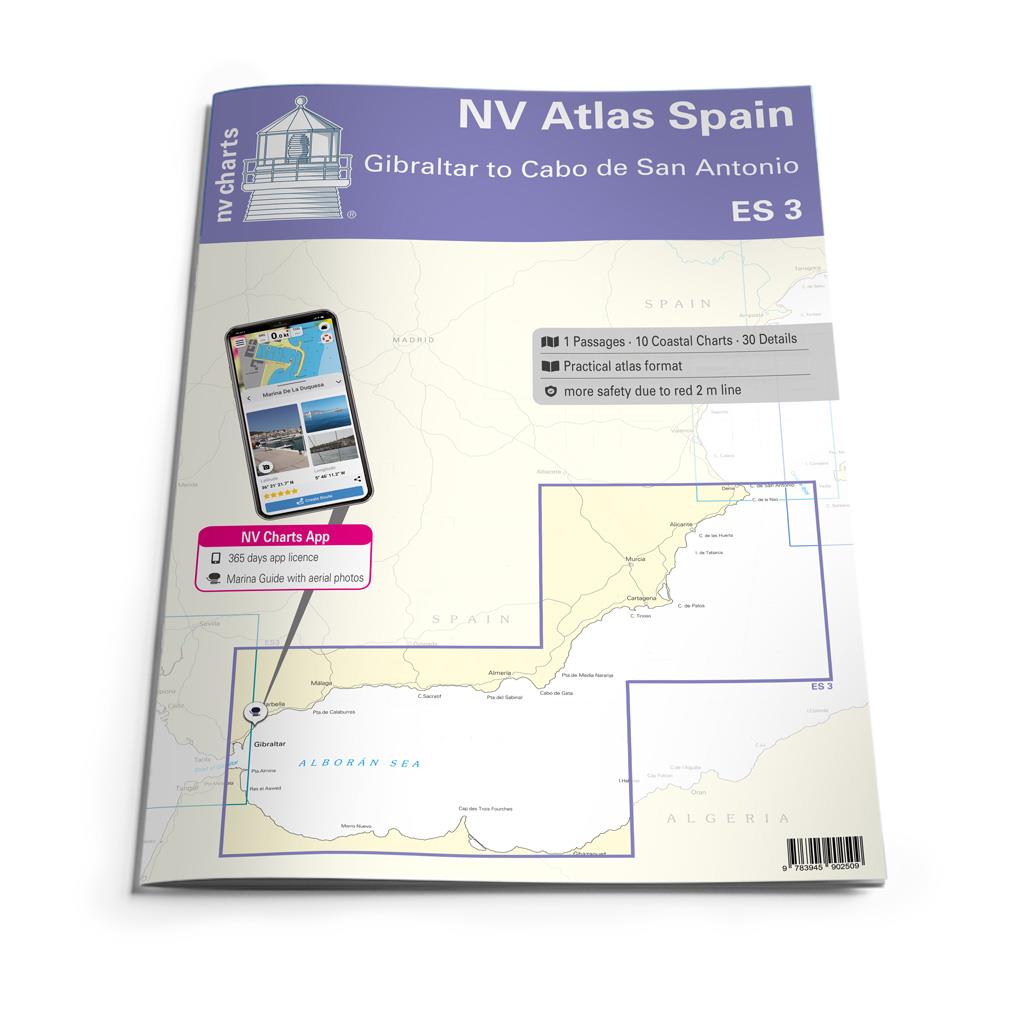 From 100 € we deliver free of shipping costs. Your shopping cart is currently missing €100.00 for free shipping.
Product number: 1503

As soon as you have passed one of the busiest waterways in the world, the Strait of Gibraltar, from the west, you should have the ES3 on board. In Gibraltar, the English crown colony, there are several well-frequented marinas where it is advisable to register in advance. For those who like it a little quieter, Puerto de Sotogrande or Puerto de la Duquesa are good alternatives. Here in Andalusia there are ideal climatic conditions. The Mediterranean climate with around 300 days of sunshine a year makes Andalusia look good as a water sports paradise. As soon as one has left Torremolinos and Malaga behind, one arrives at the sparsely populated Costa Tropical, Costa Almeria and the Costa Calida. There are charming bays, mountain ranges such as the Sierra Nevada in the background and opportunities to visit smaller harbours everywhere. The very touristy Costa Blanca has two starting points with Alicante and Denia, from which you can get directly to the Balearic island of Ibiza.

We recommend as a further set of maps the ES2 which will take you directly to the Balearic Islands or else the ES1 which will take you along the Spanish coast to the French border. If you want to head west out onto the Atlantic or to Portugal you are well equipped with the ATL 2.

Never forget to use the Div - Table style generator and the online HTML editor to compose perfect articles for your website! 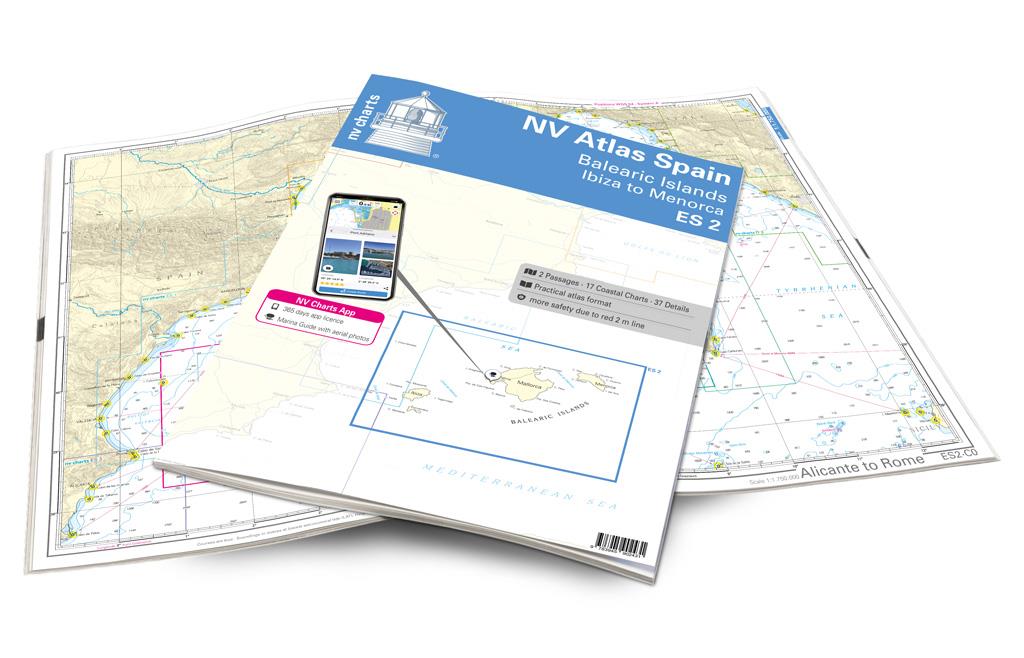 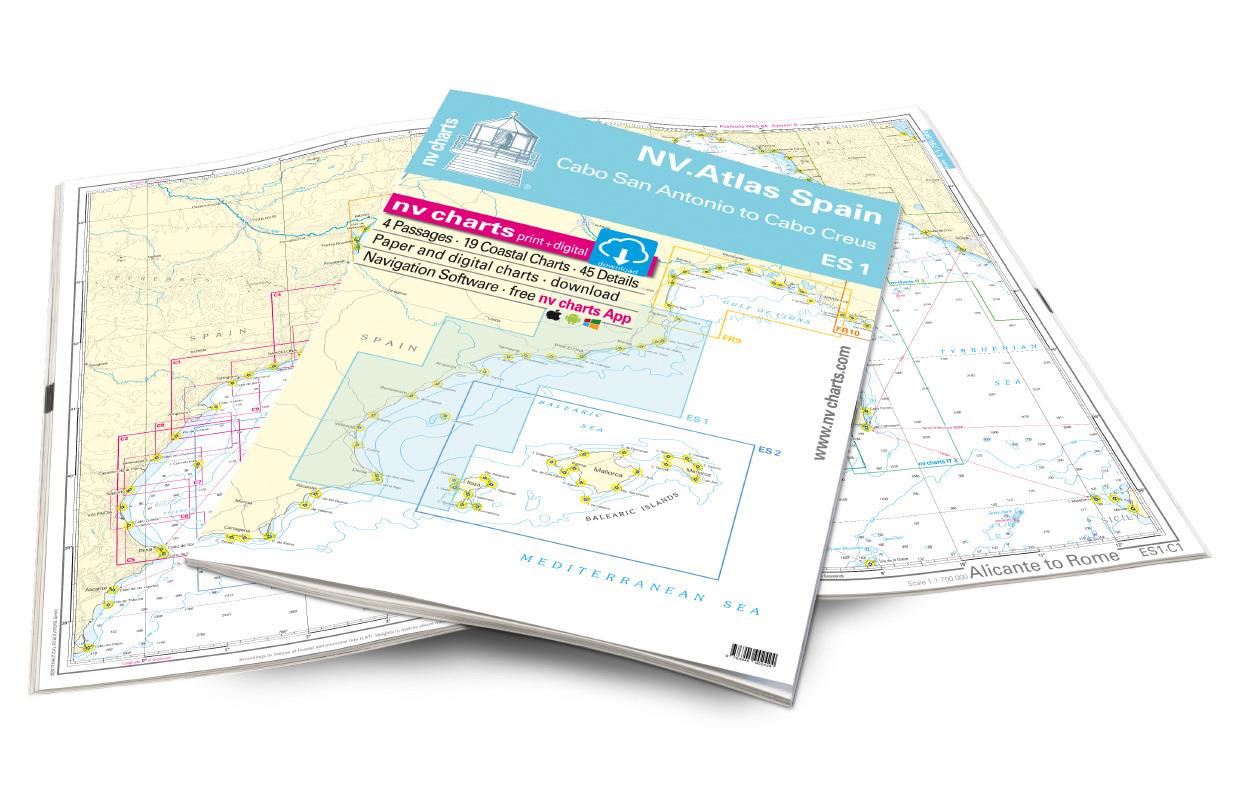 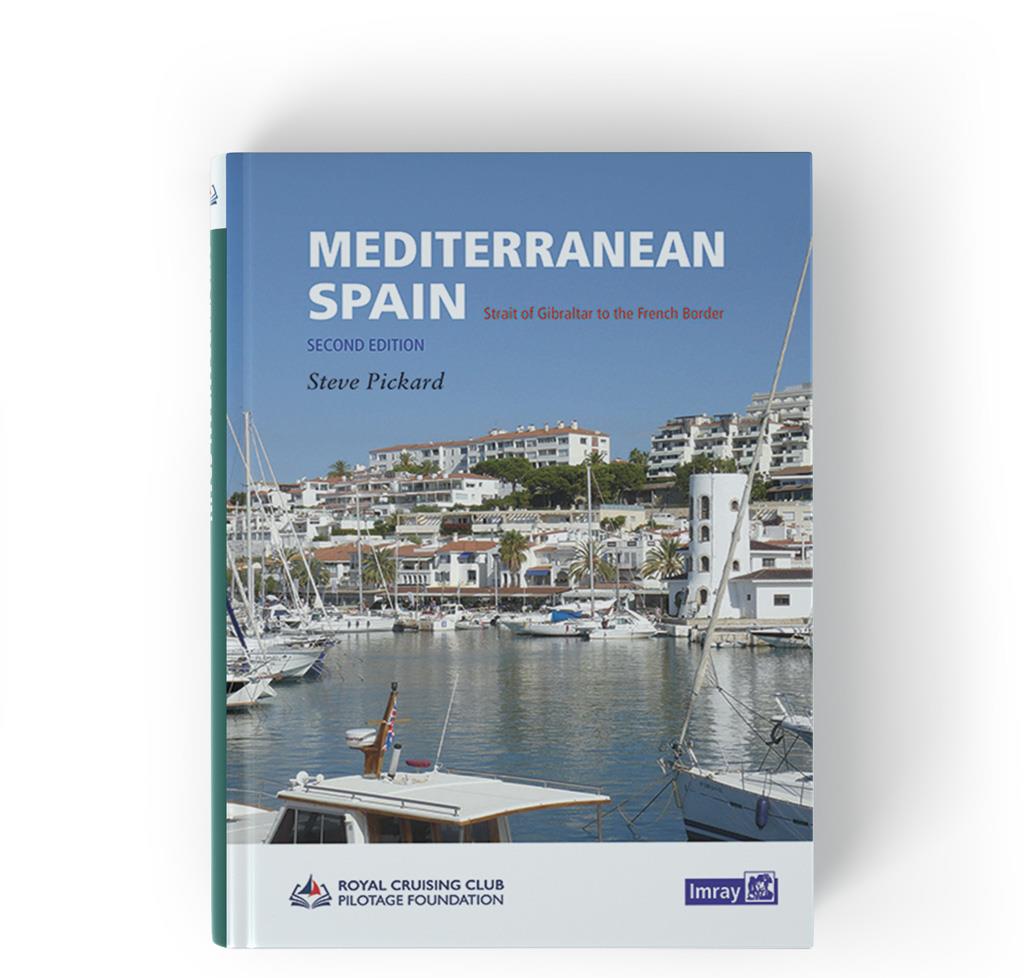