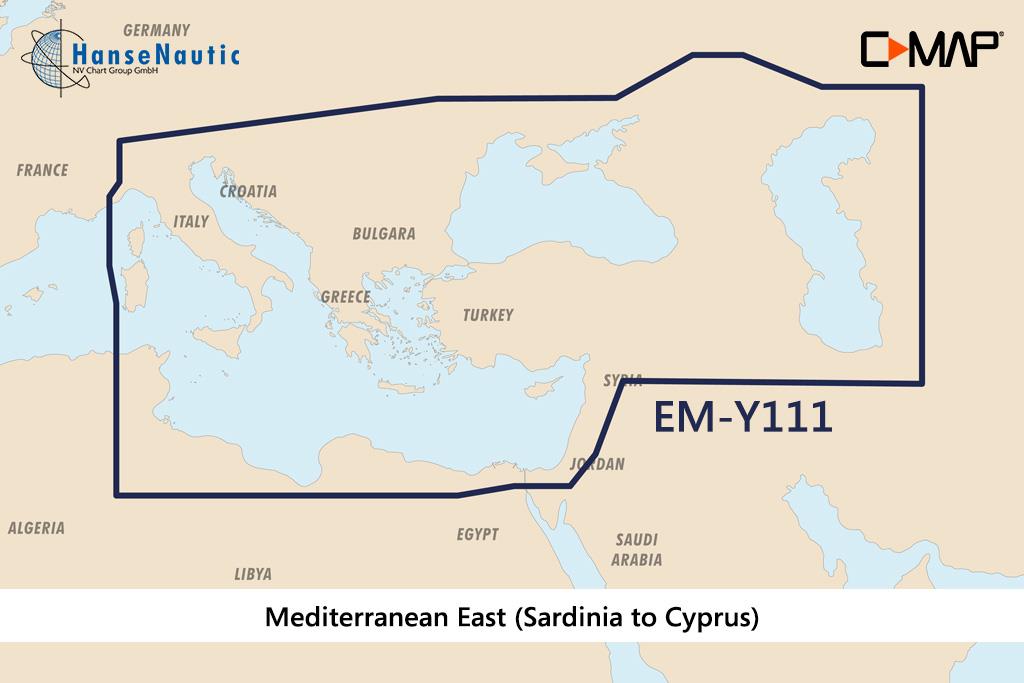 Electronic chart for the southern European fishing and watersports areas in the Mediterranean Sea from Italy to Cyprus for the modern chartplotters and multifunction displays from Simrad B&G and Lowrance.

This coverage includes all areas popular with water sports enthusiasts in the south of Europe and allows long and extensive trips through the Mediterranean to the Cyclades or holiday destinations in Croatia Crete or around Italy with one map. Smaller fishing boats can be flexibly deployed to different fishing spots in the Mediterranean as well as from ports with this wide coverage.

This EM-Y111 electronic chart is supplied on an mSD disc which is contained in an SD card adapter.

The C-MAP Reveal Eastern Mediterranean is compatible with modern Simrad B&G and Lowrance chartplotters.
Tip: When ordering your nautical chart always state the make and model of your plotter to avoid incorrect deliveries. You can also check the HanseNautic compatibility list to see whether your chart plotter can process the C-MAP Reveal charts. 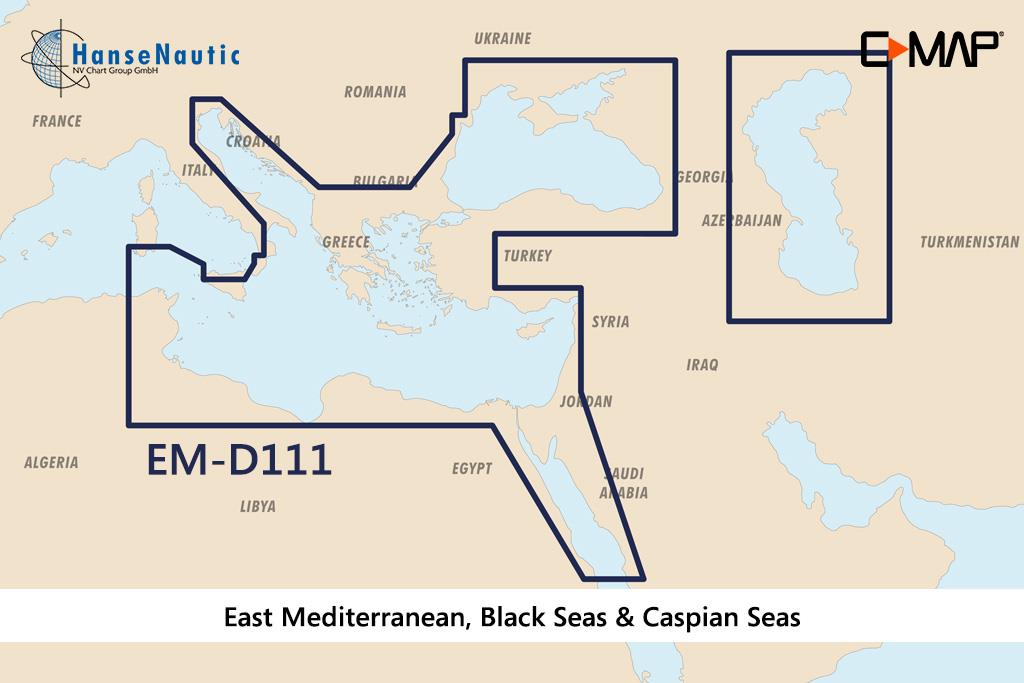