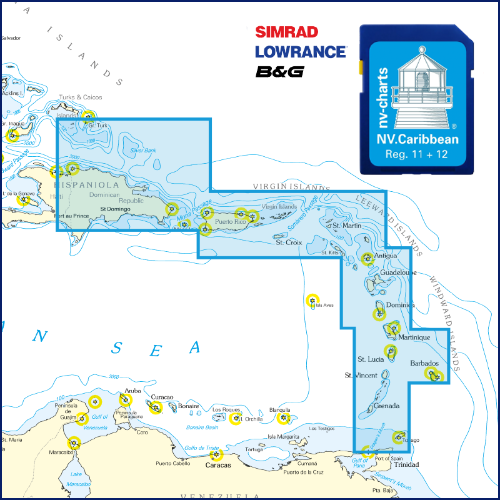 From 100 € we deliver free of shipping costs. Your shopping cart is currently missing €100.00 for free shipping.
Product number: 9850

The probably most detailed nautical charts for the waters of the Caribbean. The NV Verlag has been producing charts for these waters for many years and has particularly accurate data so the charts of nv charts&nbspfor this region&nbspare also used by US authorities for example. The practical NV Caribbean atlases can be used as a supplement.

The charts are supplied on  "adapter chips" so the right format is included regardless of whether your chartplotter uses SD or Micro SD cards.

As the charts are not readable on all devices from Simrad Lowrance and B&ampG please do not hesitate to contact us if you have any questions.

The nv.plotter charts are stored on SD card and can be used flexibly on the devices according to the plug & play principle.
The chart image is identical to that of the well-known NV.paper charts. Due to the raster chart display plotters with a screen size of 7 inches or more are recommended. 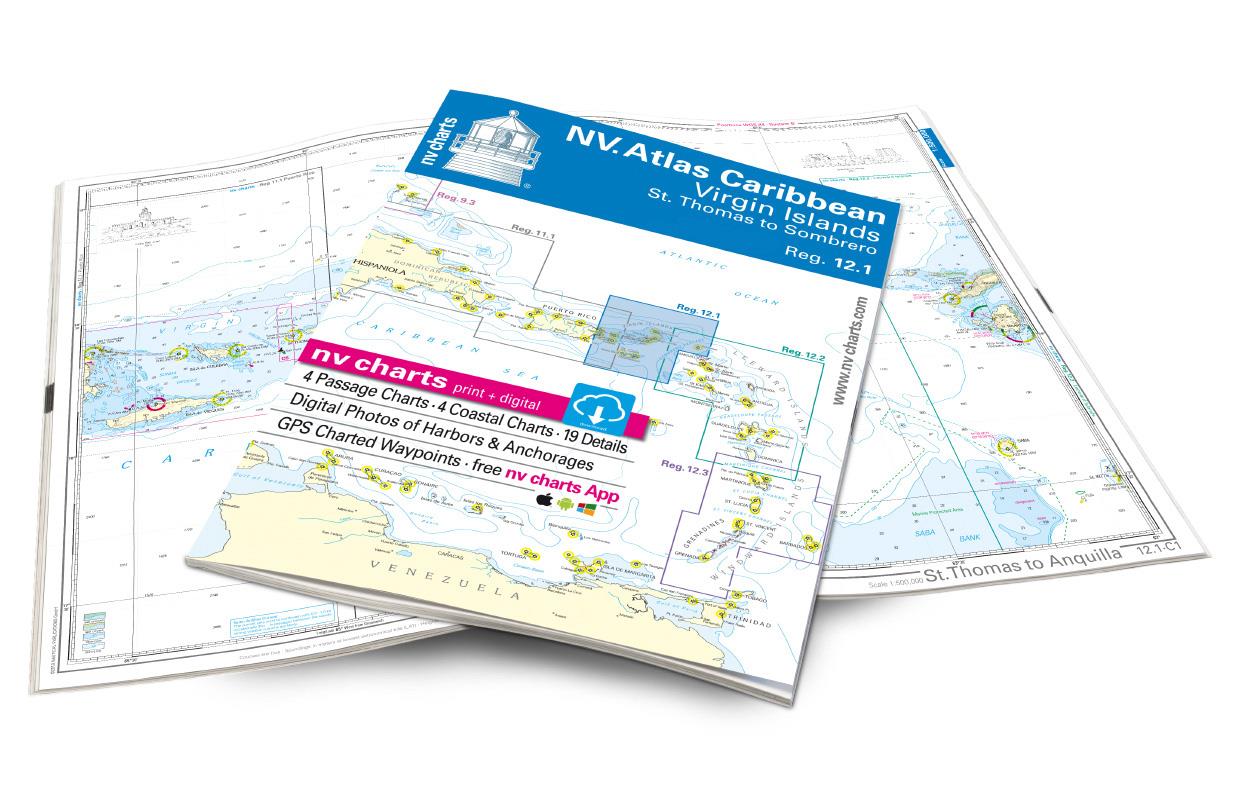 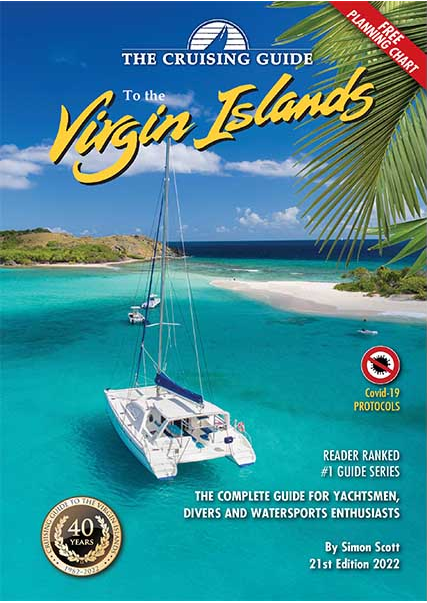 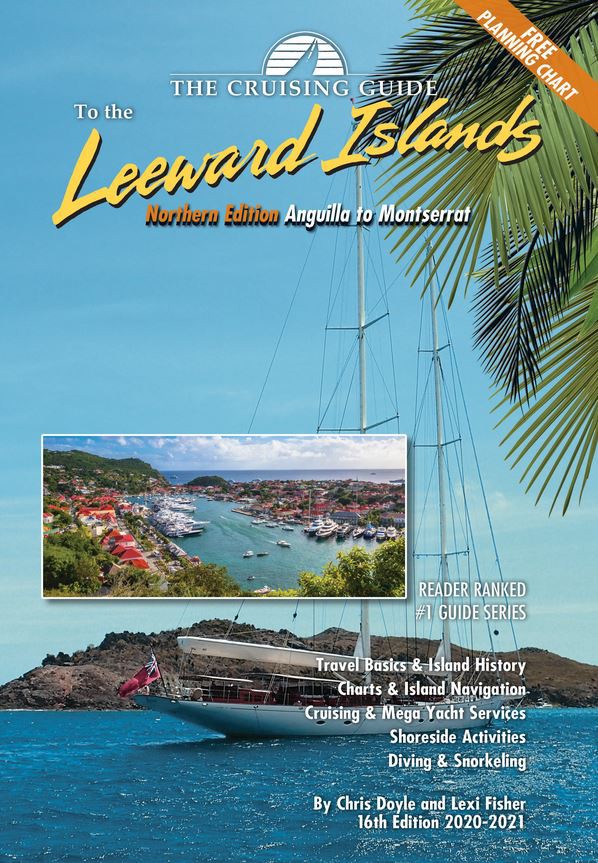