NV Charts is an ideal tool to navigate on mobile devices with the popular NV Charts marine boating cartography. 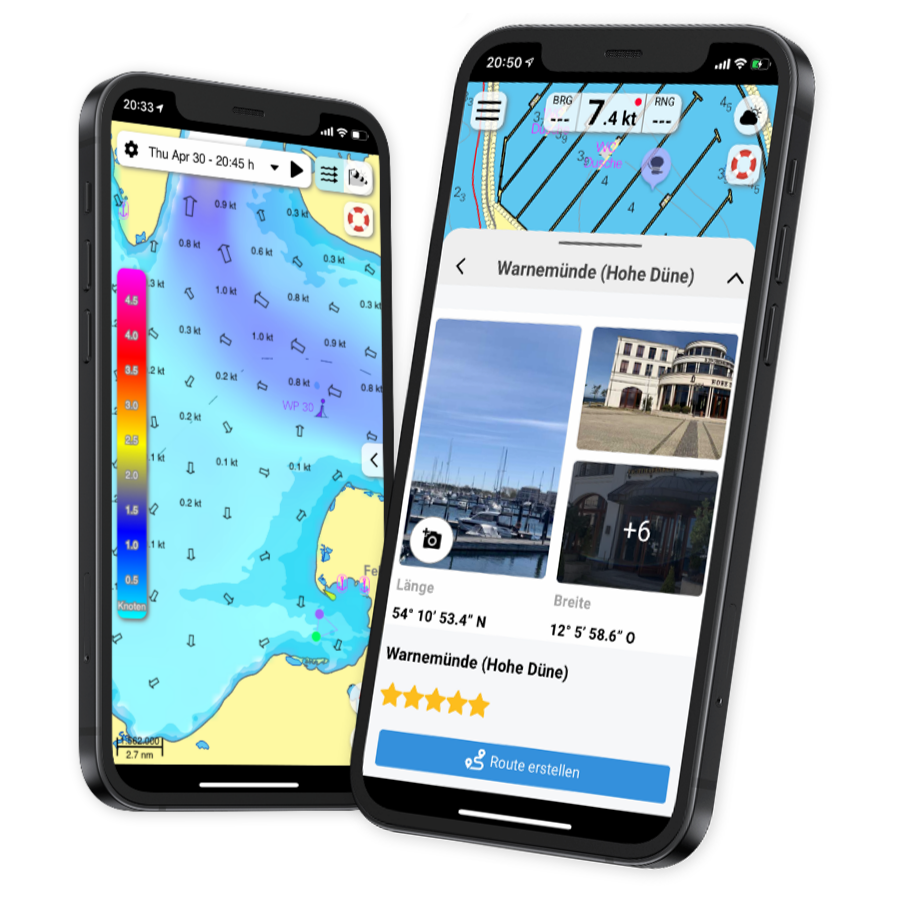 The nv charts app is the ideal software for navigation with nv charts nautical charts. The clearly structured navigation app with intuitive operation and extensive tools for navigation on board is ideally suited for all activities on the water.

Together, navigation on board is even more fun! There is now the option to share tracks with friends or to use the data outside the app and export it as a GPX file. You can easily share your favourite ports and anchorages from the app via a link and thus coordinate the trip planning even better with everyone involved.

Route planning is a breeze

Creating routes and waypoints is now a breeze! Adjust your plans for the day on the water to the conditions at any time and share them with your friends. Now also with continuously updated autorouting networks. 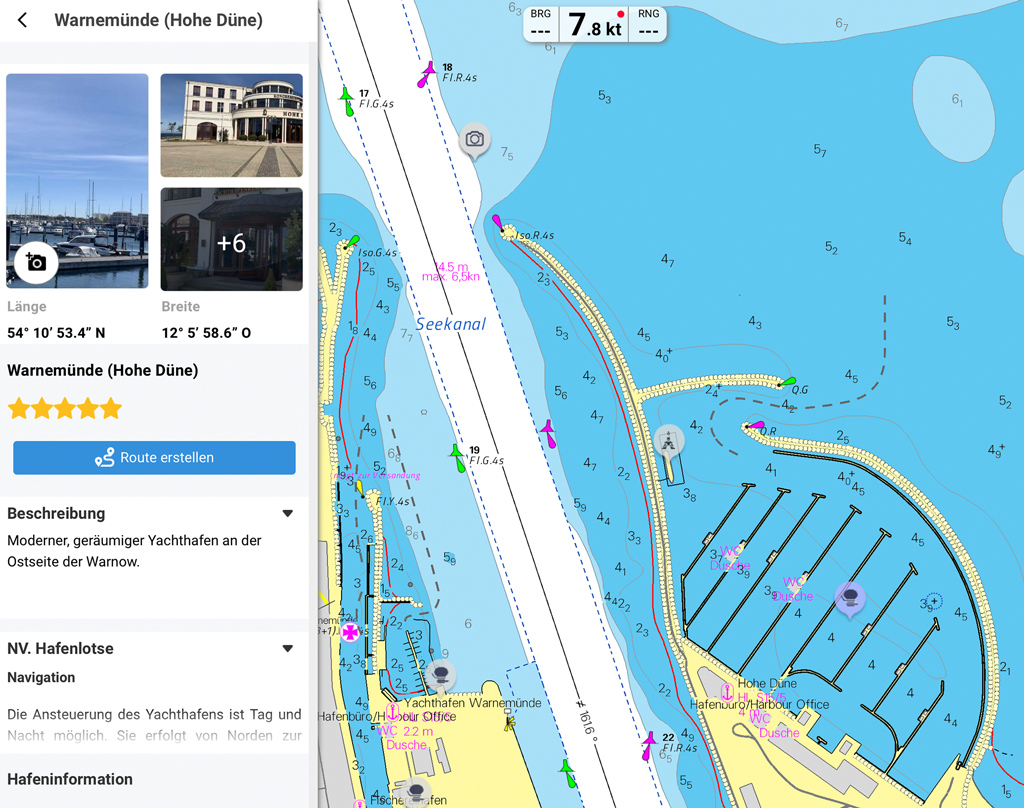 With wonderful trip planning features right in the nv charts app. Share your experiences with others and make your time on the water the best of the year - even before you hit the water.

The environment on the water always in view.

Real-time forecast as overlay on the map.

Calculation and display of the current tides in the app.

Even more functions in the nv charts app

A lot has changed in the nautical charts, of course, and many new functions have been added to the app. For compatibility, we therefore recommend the current nv charts nautical charts 2022.

Satellite overlay for even more insights

With Satellite Overlay, you can explore even the most remote regions from the air and get an even more detailed impression of your anchorage. With vector maps in the North Sea and Western Baltic Sea, the contours are merged directly with the image data.

Augmented Reality - orientation with the help of the camera image

Orientation is essential to navigate safely on the water. With the new version of the new nv charts app, it is now possible to use the camera of the device on the phone to project data from the surroundings directly and in real time into the camera image. From now on, marinas, anchorages and navigation warnings can be displayed in the digital nautical chart, as well as points of interest (POI) and AIS signals in the Augmented Reality view (AR view).

The nv charts web app is the online version of the nv charts app and gives you access to your charts, route planning and marina information on your computer.

nv charts - navigate intuitively and access a wide range of features and content. Continuous zooming and syncing between your devices helps you on your adventure on the water. Enjoy it!

Your way to digital charts

Get your digital licence with the purchase of a nv charts paper chart combo pack or a digital-only licence directly in the app. 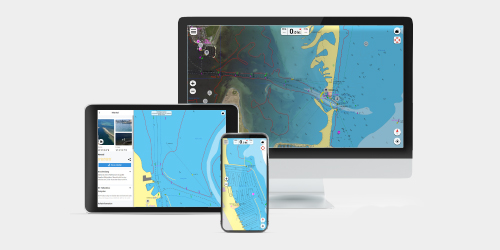 You can test the digital version of all nautical charts for 7 days free of charge in the app and use it on all your devices. The digital subscription runs for 365 days and is automatically renewed.
Get more information

The latest information about updates and new functions.
Show all posts 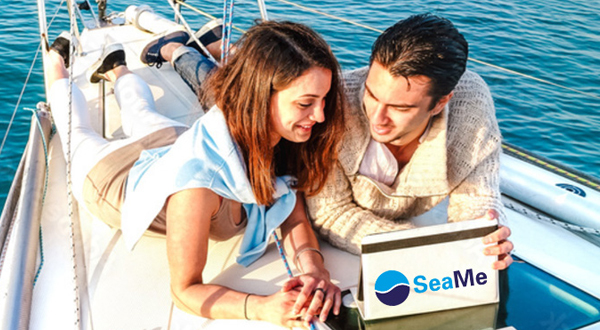 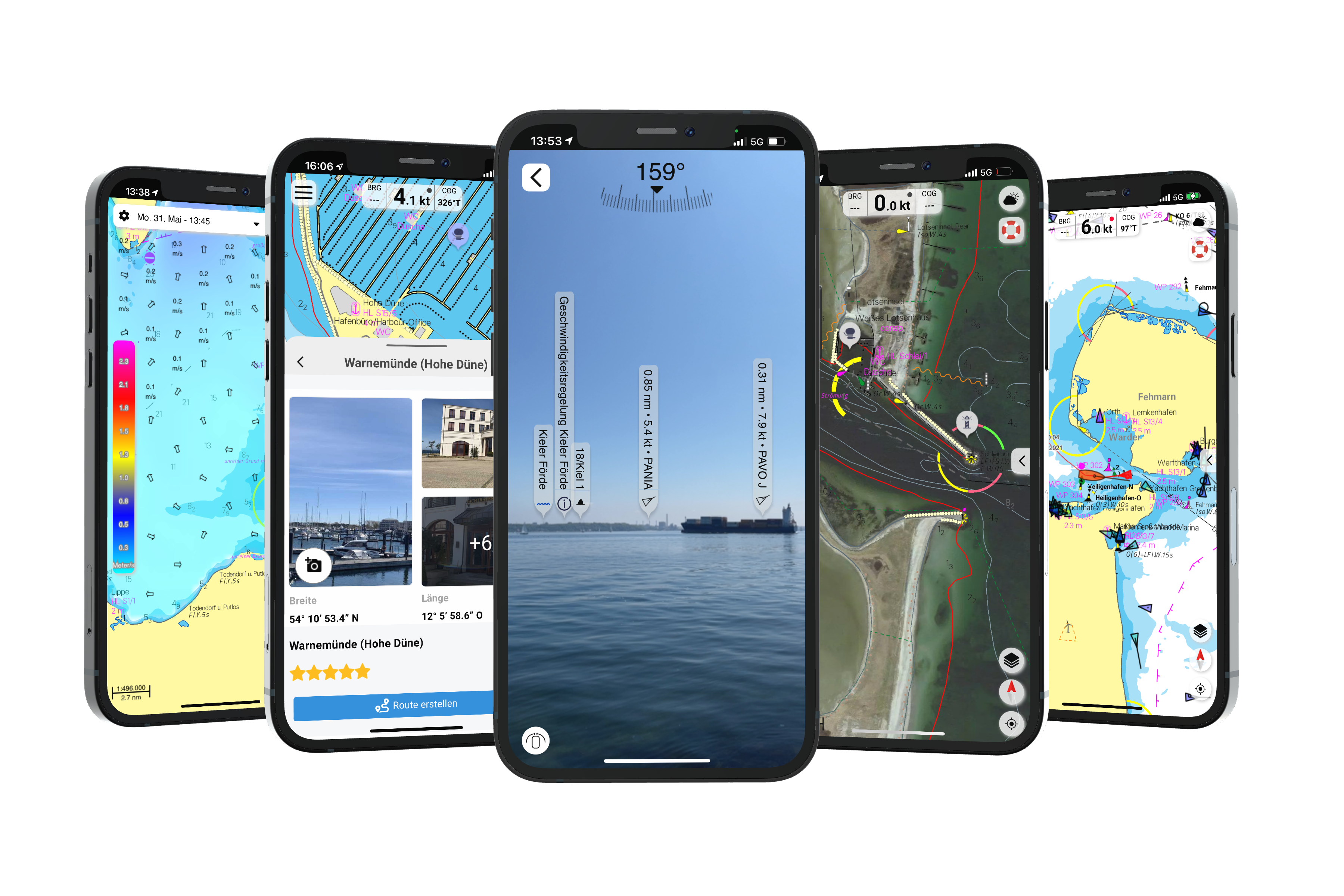 Learn how to use important functions in the app. 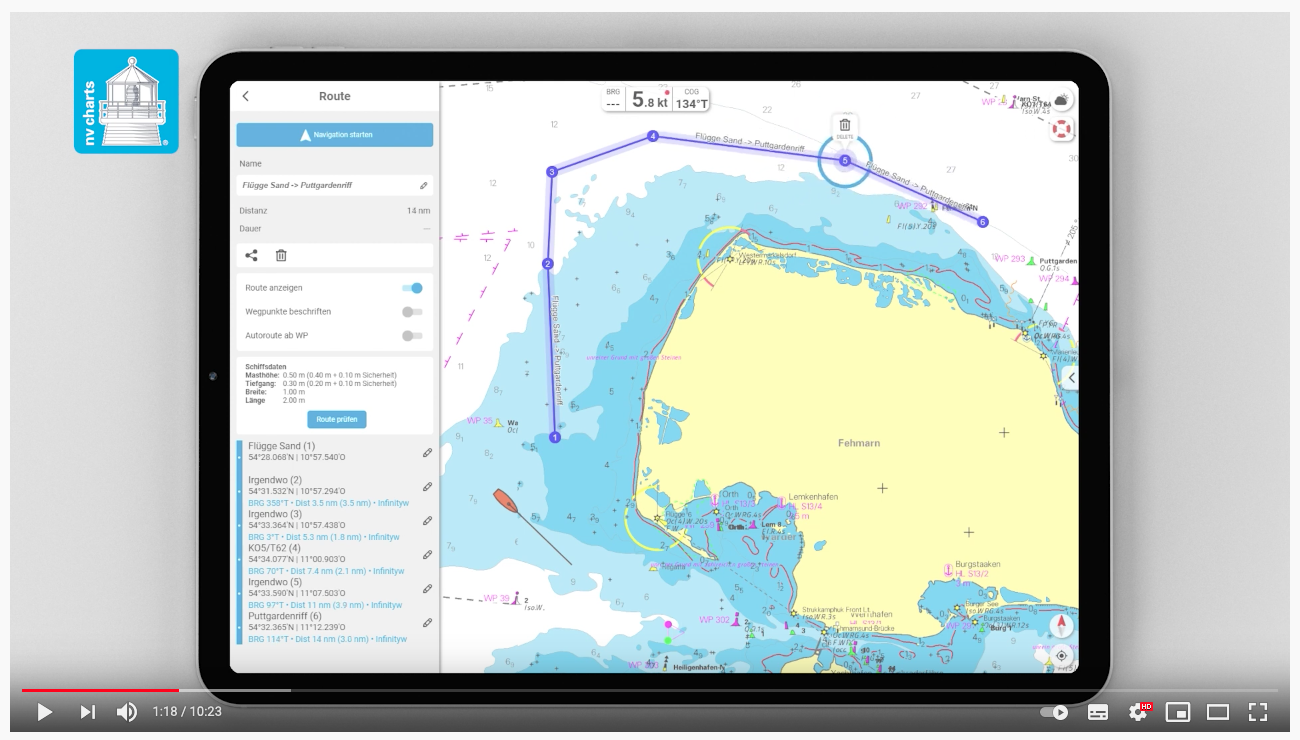 In our knowledge base for the nv charts app, you will find articles on the app's functions as well as answers to our users' most frequently asked questions.